This prompt from Long and Short Reviews was an interesting one. A lot of my favourite writers are reasonably well known and probably don't need any help, but there are a few who I still mention and get "Who?" as a response.

Will Storr. A "Loaded" journalist who writes books, his debut book "Will Storr vs the Supernatural" about his paranormal investigations absolutely fascinated me.

Anne Bronte. Everyone remembers Charlotte and Emily, but Anne is only just starting to be noticed, despite the fact that her two novels were worthy of the Bronte canon.

Gavin Maxwell. I first discovered him when reading his biography, but loved his "Ring of Bright Water" series and also his travel books.

And I would have to include myself in this, of course. Since I've mentioned supernatural writing, I'd like to draw your attention to "I Heard Your Voice". 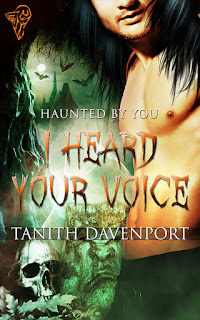 Tamar Steele’s life was never supposed to be like this. A sensitive working with a team of paranormal investigators, she is trapped in a loveless relationship with the team’s medium, Reed James, who believes that having sex on haunted ground enhances paranormal activity. Tamar maintains their partnership for the sake of the crew, forcing herself to ignore the burgeoning sexual tension between her and fellow investigator Jason Bray.

Until one night when, alone and bored, Tamar sings to herself and is knocked to the ground by an invisible force. Somehow she is able to invoke spirits with the power of her voice. And one particular sexy, matchmaking spirit is determined to turn her life upside down.

So who would you like more people to read?