A movie that influenced my life

This topic from Long and Short Reviews was a tough one. I read a lot of books and watch a lot of films, but struggled to think of one that had been particularly influential. Eventually I came up with a film which has been my favourite for many years - Heavenly Creatures.

I first discovered the film when I was 13 and became fascinated by both the film itself and the backstory behind it, to such a degree that I started researching the Parker-Hulme murder in depth. It's a shocking case, both in its startling violence and also in the attitudes of the time - the attitude towards the close friendship between the girls, which would be viewed quite differently now, and also the disgusting comments made by journalists when they discovered Pauline Parker's younger sister was institutionalised (claiming this proved she came from "bad stock").

So what has influenced your life?

Something I collected as a child

This particular topic by Long and Short Reviews was easy, as I had a fairly extensive collection as a child, sadly having long since been thrown away.

All my friends collected them, and we would take our collections round to each other's houses and swap them. I can distinctly remember one friend who had a lucky rabbit's foot she had got from a trip to Disneyland, which unsurprisingly she was never willing to swap out no matter what I offered her.

My personal favourite was a small paperweight containing underwater items such as a shell and a starfish, plus a little egg timer. I can't remember who I got that from but I valued that one with my life. There was also a skeleton with green jewel eyes which I think everyone had some variant of, and for some reason a hotdog that I refused to let anyone have.

These days I collect autographs. I'm a member of two autograph collectors' forums where we share addresses and successes from writing to celebrities, and I have a fairly vast collection now including two prized personalised photos from Alan Rickman and Gene Wilder. I even got a two-page handwritten letter from Tatiana Maslany just before "Orphan Black" became successful - fairly rare from any celebrity.

So what did you collect as a child?

This topic from Long and Short Reviews gave me the chance to look over some of my old photos at places I've been in the past and would love to go again in the future, if the combination of lockdown and Brexit doesn't ruin any plans. I don't claim to be particularly well-travelled but I've managed a few good holidays and trips in the past, many of which I hope to repeat at some point.

The first one I don't have a photo for - Amsterdam. I went for a weekend trip as a student and fell in love with the canals, the windmills and the Anne Frank House, which I found very moving but which went completely over my then-boyfriend's head. 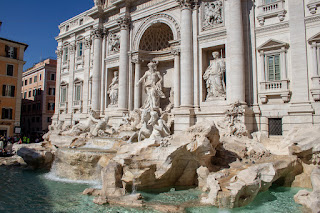 I could have stood in front of the Trevi Fountain all day. We spent four days here and took in as many of the sights as we could, plus we visited every ice cream shop we passed and discovered that apple and cinnamon gelato is delicious. 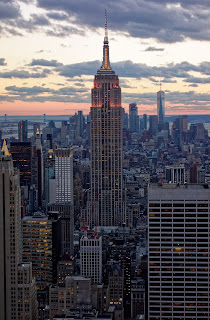 I've been here twice now. We took the subway all over Manhattan and a little of Brooklyn, went up every skyscraper we could, and spent a lot of time standing in Times Square marvelling at everything. Funnily enough we spent very little time in the theatre district, considering there was a time when I wanted to be on Broadway. 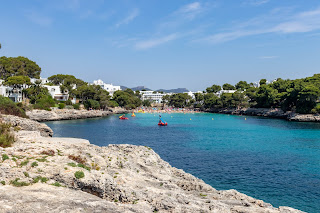 We visit here most years, and it's beautiful. The beaches are stunning, the people are friendly and there is a wildlife preserve at one beach, Cala Mondrago, where we got to see hoopoes last time we visited. 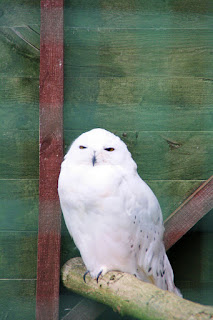 The Isle of Wight. When I was planning my wedding I discovered a boutique hotel called the Enchanted Manor which is designed as a fairytale cottage, and I couldn't resist going, even though my husband is definitely not into fairies and cherubs. The Isle of Wight is a beautiful little island and, among other thing, includes a wildlife park where we got to meet the owl above.

So where have you loved to visit?

Well, after a very long 2020, this topic from Long and Short Reviews was quite appropriate, although I'm not going to assume 2021 is going to be much better yet. Here in the UK we're entering yet another lockdown and I'm fairly far down the list for a vaccine. So what would I set as a goal that isn't likely to be scuppered by covid?

My usual New Year resolutions still stand. I always decide to read one new book, watch one new film and try one new food per month. In the case of films I always overshoot that by miles - I got through over a hundred last year - but I stick to that resolution nevertheless.

I also intend to finish seeing all of Shakespeare's plays. Maybe not strictly in the theatre, but there are DVDs of recorded performances, so I intend to get hold of those and finally see the ones I didn't get through last year.

A new resolution is to take better care of my skin. I suffer a lot from dry skin, so I've been on a tour through Boots and picked up various creams and serums which I'll test out this year and see what works. Hopefully it will make up for not being able to treat myself to a facial occasionally.

And writing goals? I've found it much harder to write in lockdown, so I simply intend to finish the two stories I've been dragging out for the last few months. I won't go into detail yet in case I still don't manage to finish them, but I've been reworking my plans for them so hopefully I'll get them done.