***
Let me start with thanking Tanith for her warm welcome!

You don’t have to read a lot of romance novels to discover that new love is a big theme in this genre. Two strangers meet and something happens… and whatever that something is, confusion and misunderstandings are sure to follow, but we know love will find its way and at the end the strangers have become committed partners for life.
But what if the main characters in a romantic story are already together? What if the misunderstandings have been dealt with before the story even starts? And we don’t want to throw murder and heartbreak at them?
Simple. We introduce something that is new to the lovers. Something that surprises them, that makes them look in a different way at each other and at themselves as a couple.
Something like BDSM.
Because no matter how good we think we know our own sexual preferences and, hopefully, those of our partner, life can have some neat surprises in store. And with neat I don’t necessarily mean easy and without any form of conflict, but the start of an adventure that, with a bit of luck, will have its happy end.
In the Calling the Shots series that’s exactly what happens to Isaac when an afternoon of sexy fun with a kinky touch becomes the start of some very fundamental changes between him and his younger lover Tom.
Isaac has no longer even the pretence of youth and perhaps he’s become a bit set in his ways. Tom is his big adventure, even though Tom really had to work to convince Isaac that being together would be a very good thing for both of them. Mild-mannered, slightly passive Isaac discovers the thrill of being the Dominant to his lover’s submission.
In the first part of Calling the Shots, Facing the Truth, we see the moment of discovery, when Isaac realises he wants to explore BDSM with Tom. 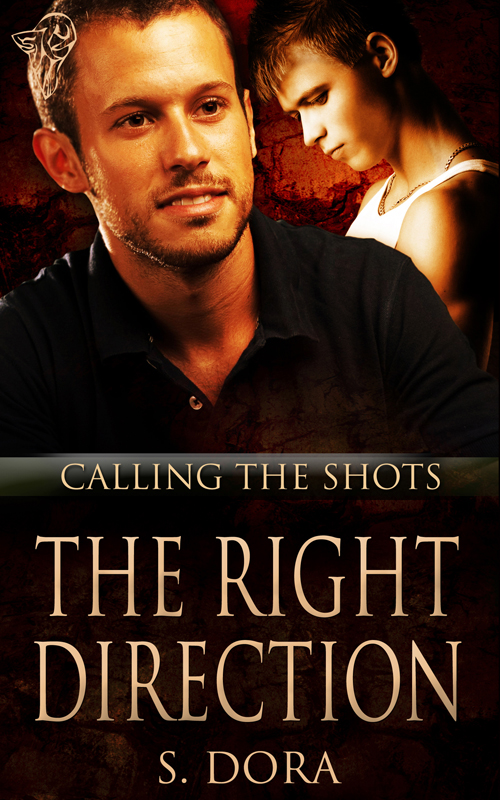 Now part two, The Right Direction, is available, and Isaac and Tom have their first full weekend of staying in their roles as Dominant and submissive. And, as to be expected, things are not without its complications…

Isaac had been slightly worried that the package of toys he had ordered from the online adult store would not get there in time, but on Thursday afternoon, right after he returned from work, the doorbell rang and the postman handed it to him.
He walked straight to the bedroom, with Tom in his wake. “Can I take a peek?”
“No.”
Tom pouted. “Not even if I wear my collar? You know, do a trial run?”
“Again, no.” Isaac managed to sound stern, but only just.
“Okay, I get the message. I’ll make supper.” Tom gave in. “It’s not like you can hide it from me, anyway. If I really want to know what’s in that package, I will find it.” He must have seen the look of disappointment on Isaac’s face, because he hastened to say, “That’s not what I meant. You can put everything in the toy drawer and I give you my promise not to peek unless you tell me to. Though if you’ve bought as many toys as I think you have, there won’t be enough space in one drawer, so you might want to use the other one as well.”
Isaac kissed him. “Thanks for being a good sport. What are we having for supper?”
Tom winked. “That’s for me to know and for you to find out.”
Before Isaac could react, his lover was gone. He laughed for a moment, then stared at the box wrapped in brown paper and went very quiet. This was what he had ordered and paid for. He had masturbated thinking about how he was going to use his purchases on his sub. While it was for fun and spicing up sex, he couldn’t help but think it had become so much more. They hadn’t needed any formal rituals to use a cock ring or a string of anal beads, yet Tom had knelt at his feet, called him Sir and had looked so full of joy when Isaac had given him his collar.

Posted by Tanith Davenport at 00:23 5 comments: 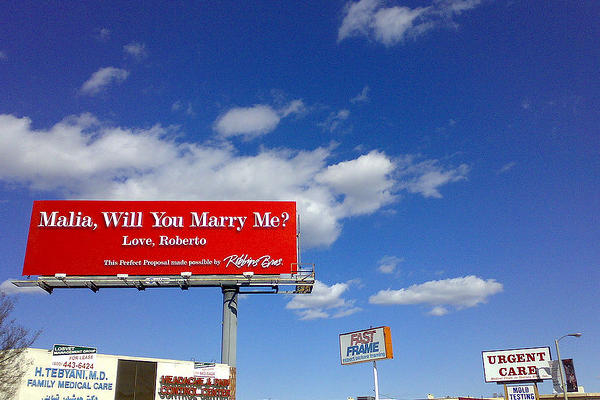 What’s the craziest thing you’ve ever done for love? Have you ever taken a risk to show your interest in a special person? Or have you thrown away all common sense just to show that person that you care? Here are some fun stories about pulling out all the stops. Enjoy!

One woman in Pittsburgh joined a winter football team just to get closer to one hunky player. I mean, that’s dedication! Have you ever braved a Pennsylvania winter? It’s damn near impossible NOT to layer up in down puffer jackets, and we all know that no one looks good in a down puffer jacket!

A woman in Kansas City changed religions for the man she loved. Her fiancé was Mormon and his condition to marry was that she must convert. After some thought, she realized that converting was one small detail when it came to the decision to spend her life with the man she loved! Can I get a big AWWWWW?

Here’s a bad story—anyone ever tattoo a lover’s name on your body? A lot of people take the inky plunge, believing their love to be everlasting. Luckily, a lot of tattoo artists can cover over old tattoos with new pieces. So you can turn “Johnny” into some amazing floral design.

When you’re crazy for someone, would you hop a bus in the inner city, possibly risking your life to see him? Or would you fly around the world just to spend two days with the man of your dreams? One amazing man took his important lady to the airport and spontaneously whipped out his credit card to buy a ticket to accompany her. Talk about knowing the way to a woman’s heart—she took one look at that card and fell for him, right? LOL.

What have you done for love? I’d love to hear some stories! And I’ll leave you with a short excerpt from my latest release, a historical ménage a trois called WILD WILD HEARTS. Enjoy! 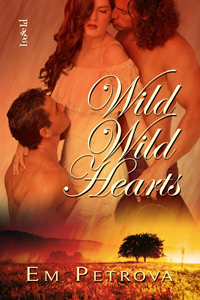 Blurb: Lady Sofia is one of the most sought-after women on the frontier. But her “boss” calls the shots from what she may eat to who she spends the night with. Recently he’s asked too much when he demands she and her long-time lover Isaac use their charms to seduce a man she wants to tangle limbs with all too much.

With Sofia, Isaac Strong is part of a two-for-one deal known as the “Jade Pair” for the color of their eyes. When the rugged Nolan Hollis walks into their lives, Isaac’s yearnings kick like a wild stallion. But will the honorable man want anything to do with them, especially once he discovers the Jade Pair’s mission is to steal a prized object from the Hollis family?

Nolan must have the stunning saloon girl, even if it means she comes packaged with Isaac. Soon Nolan is equally as drawn to the quiet and handsome man. While he struggles not to lose his heart to his lovers from the wrong side of humanity, he works to hide his rendezvous from his family. But soon Nolan realizes his lovers intend to do more than get him into bed and steal his love.