My re- release "Watch the Skies" is out now on Amazon and I'll be touring as of June 9th! 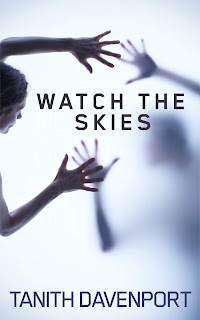 Alien hunter Aster is frustrated in more ways than one. Her team haven't had a proper encounter in months, and her cute teammate Wade is never going to see her that way - and no other man would let a woman like Aster take charge in a relationship anyway.

Until one night, out in the woods, when the team are engulfed in a white light - and overwhelmed with desire like they've never known. Suddenly Aster sees a new side to Wade, one that will let her give her alpha tendencies free rein...

But as the creatures they met return again and again, Aster begins to wonder what they really want - to see her and Wade together, or something more sinister?

I've got a free copy of "Watch the Skies" and a $10 Amazon gift card up for grabs, so follow the tour and enter to win!

Posted by Tanith Davenport at 23:15 No comments: