Fictional Worlds I'd Rather Not Visit

This topic from Long and Short Reviews’ blog hop was an interesting one. I’ve read a lot of dystopian fiction and have, on occasion, found myself staring at the book thinking “You know, this doesn’t actually sound that bad.”

Take the “Uglies” series, for instance. The concept there is that teenagers are classified as Uglies until a certain age (16 or 17, I can’t remember which) when they are given extensive surgery to make them manga-inspired Pretties, at which point they move to New Pretty Town and spend the next couple of decades partying with their pretty friends. Sounds fine to me. The characters want to remain Ugly on principle, especially when they discover that Pretties also have brain surgery to make them more docile, but even with that I found myself thinking I’d be quite happy to go ahead.

However, if you take something like “The Hunger Games”, that’s a world I’d like to stay away from. A corrupt government who pits children against each other for entertainment and makes half the population live in poverty? Definitely one to avoid.

And the other one that I would hate to visit? “Matched”. This is a series about a controlled society where the powers that be choose your partner for you and everything is limited – they only have one hundred songs, one hundred stories, one hundred poems and so forth. The matching of a partner is one thing – it seems to work out OK for a lot of the characters. But only having one hundred stories? I could work through those in the space of a year.

So which fictional worlds would you avoid?

What to read to learn about the Princes in the Tower

It's a part of history that always fascinated me. What really happened to the Princes? Were they killed? Did they escape? Who was responsible? History, of course, is written by the winners. What if the official line wasn't actually the case?

I didn’t know much on the subject until I read Bertram Fields’ “Royal Blood”. This was the first Ricardian take on the Princes in the Tower I had ever heard of. Most historians, over the years, have followed the Tudor line and blamed Richard III for their disappearance – but what if it wasn’t him? Fields comes up with numerous suggestions, the primary one being Henry VII, who scoured the Tower immediately upon taking the throne. He seemed very sure they were dead – so did he do it?

It’s unlikely we’ll ever know. The bones which were found in the Tower are highly unlikely to ever be tested for DNA. But it’s an interesting idea.

So what would be my most romantic memory?

It would have to be the day my husband proposed.

For anyone wondering if this was an elaborate grand gesture, hearts and flowers, down on one knee, it wasn’t. We were sunbathing on our favourite beach, Cala D’Or beach in Majorca, watching the waves. 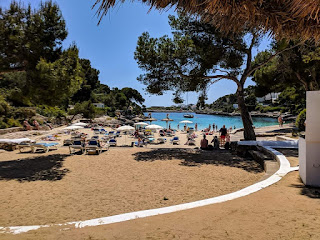 And later that evening, to celebrate our engagement, we went to our favourite restaurant on the marina and had cava sangria. 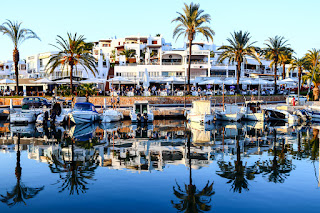 So what’s your most romantic memory?

Favourite Movies of All Time and Why

I love the cinema, so this topic from Long and Short Reviews’ blog hop was perfect for me. I can think of hundreds of films that I love – the difficult part is narrowing it down to a few favourites. I watch so many films – often horror, but not always – that my top ten tend to shuffle a lot with time.

My longstanding favourite film is “Heavenly Creatures”, a Peter Jackson classic starring Melanie Lynskey and a young Kate Winslet as two schoolgirls who murder one of their mothers. The spectacular acting, passionate direction and shocking ending – even after I’ve seen it dozens of times – make this one a masterpiece for me.

More recently I discovered the mockumentary horror “Hell House LLC”. Found footage has become something of a cliché now, but this film carries a sense of dread throughout, throwing in little moments you only just notice but that make your stomach turn. Its sequel was almost as good, but did suffer from an excessive amount of exposition towards the end.

“Blazing Saddles” is a comedy classic, starring the great Gene Wilder and skewering racism at every turn. And finally there’s “The Innkeepers”. An understated little horror movie with one of my favourite actresses, Sara Paxton, playing a young ghost-hunter who gets more than she bargained for. It balances fear and comedy perfectly.

So what would you choose?