Smut By The Sea!

Last Saturday I made a trip over to Scarborough to attend Smut By The Sea, an event organised by the wonderful Victoria Blisse to promote the SBTS anthologies. 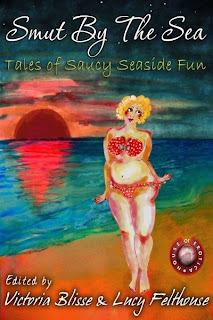 Most of the writers present had agreed to do readings, something I decided not to do on this occasion due to a combination of stage fright and a highly unsexy accent.

Aside from Victoria Blisse, Lucy Felthouse and Jennifer Denys, all of whom I had met before and was very happy to see again, I met Janine Ashbless, Rachel Kincaid, K.D. Grace, Lexie Bay, Tilly Hunter, Tabitha Rayne and Gemma Parkes, as well as Kevin Mitnik Blisse who does a great job of running my website. For anyone I didn’t shake hands with, sorry I missed you, I was the one with the green hair.

Unfortunately an emergency called me away halfway through the day, so I didn’t see the Slave Nano event or the erotica writers’ panel. However, I was treated to several readings by some very accomplished writers, all of whom managed to hold the attention of the audience regardless of any nerves they may have felt. Particular kudos has to go to Ashley Lister, who read three comic poems; Jennifer Denys, who had everyone in hysterics with some comedy-romance dialogue; and Rachel Kincaid, who managed to make a piece about premature ejaculation so intense that I heard someone behind me whisper “Wow!”

So maybe next time I will have the nerve to read something of my own – who knows?

Major thanks to Victoria Blisse and all concerned for a fantastic event – I hope the second SBTS anthology does as well as the first.
Posted by Tanith Davenport at 04:45 No comments:

My new short "Ready for Him" has been accepted for the "Tied to the Billionaire" anthology and will be available for pre-order on July 5th from Total-e-Bound.

And here's the cover! 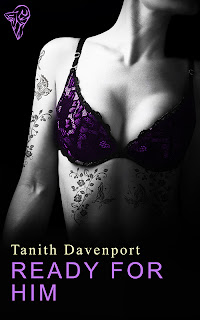 In the bar at the Bellagio in Las Vegas, Jade Bleecker celebrates with her three best friends, all of whom are there to get married - Jade is their bridesmaid, and beginning to believe that three times a bridesmaid really does mean never a bride. Tattooed, pierced and a martial artist, Jade is used to inspiring fear rather than desire in men, and even if she did find one who could handle her - well, no man is worth trusting with her body.