In Appreciation of their Cox. A classic Janine Ashbless novel about the female cox of an all-male rowing team, with plenty of heat in the sex.

Hot Buttered Strumpet. I reviewed this one for Totally Bound – a historical short with two brothers sharing a prostitute. I loved every minute of this one.

Stacy’s Dad Has Got It Going On. Well, with a title like that, I had to see what it was about. I was a little disappointed in the ending, but going from the description, I would also have slipped into Stacy’s dad’s bedroom and probably been kicked out of my roommate arrangement.

So what are your favourite humorous titles?

Favourite things to do in the summer

I write this prompt for Long and Short Reviews while looking out of the window at driving rain. Good old British weather. For this reason, top of my list of favourite things to do in the summer is:

Watching the rain with a cocktail. More likely a can of cider when I’m at home, but I have had many holidays in which walks in the sun have unexpectedly turned into afternoons with cocktails as we watch the hammering rain from inside a bar.

Visiting the seaside, or areas of beauty. Okay, Scarborough may not be the most beautiful place in the world – for natural beauty I’m more likely to go to the Lakes or the Peak District. But there is something about walking down the seafront with an icecream watching the galleon go past.

Barbecues. Now that we’ve moved into a new house we’re planning to invite family over for a barbecue or two. My husband is looking forward to rolling his sleeves up and trying not to burn the sausages.

So what do you like to do in summer?

Favourite book covers and why

This prompt by Long and Short Reviews made me think, because it’s been a long time since I’ve really noticed a book cover. O had to go back over my collection and refresh my memory. However, there were a couple I found that definitely stuck out. 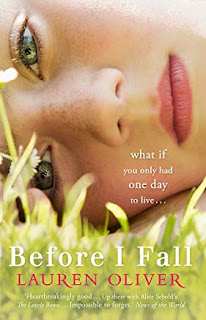 Before I Fall – Lauren Oliver. This was the first Lauren Oliver book I read and really drew my attention the first time I saw it. For me it perfectly captures the dreamy teenage beauty of the novel. 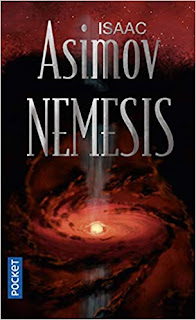 Nemesis – Isaac Asimov. The blurb on this was terrible, talking about a red dwarf “as red as the colour of blood”, but the image of the churning star terrified me as a child. 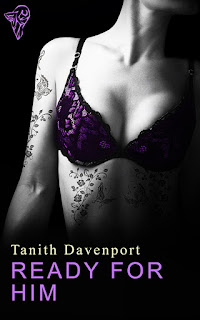 And I couldn’t resist using one of my own. Ready For Him is about a tattooed, pierced, Mohawk-wearing martial artist who meets a dominant billionaire in Las Vegas, and the image Totally Bound used to represent her is stunning.

So what are your favourite covers?

Posted by Tanith Davenport at 22:32 8 comments:

Books that need a sequel

My first thought on reading this prompt for Long and Short Reviews was “They don’t.” I have often read or watched sequels and wished they didn’t exist – “Glass” leaps to mind. However, I did manage to think of a couple of possibilities.

A Return to Sanditon (Anne Toledo). This was a completion of the original Austen fragment and manages to develop and introduce so many characters that I would happily follow them into a sequel.

Airframe/Prey (Michael Crichton). Both of these novels created worlds which interested me and had potential for more, especially Prey which was deliberately left open-ended. Airframe was tied off more neatly but I enjoyed the aviation so much I would willingly read more.

Requiem (Lauren Oliver). This was a sequel in itself, but one which left a lot of loose ends which I would have liked tying off. The world of deliria and the characters’ relationships still had a lot of work to be done.

And I would always like more Sherlock Holmes sequels, as long as they’re done well.