Favourite things to do in the autumn

Another topic which is heavily affected by coronavirus, sadly, as we yet again are under tight restrictions. So much of what I enjoy doing has been curtailed this year by either my own illness or the world at large. So what do I enjoy doing in the autumn?

While there's still some daylight, I enjoy going for walks in the evening. This is less likely at the moment as I'm in recovery, but we try to get a short walk just to get out in the air. What is more likely is my husband's favourite hobby - taking night shots with his camera. We drive out to remote areas which aren't affected by street lights and take photos of the night sky. We even got a shooting star once.

The other things I used to like in autumn were going out to dinner and the cinema. I don't fancy watching a film in a steamed-up mask but we can, at the moment, still eat out if we're careful. In fact, health permitting, we're planning to visit one of our favourite restaurants this weekend as a belated birthday celebration for me. Here's hoping the rules won't have changed by then.

So what do you like to do in the autumn?

Topics I never get tired of talking about

So what topics do I never get tired of talking about? This was an interesting one, because frankly I'm not much of a talker in public, so it's not always easy to get me onto a topic I'll open up on.

The first is probably tattoos.

My friends are fairly evenly split on tattoos - I have eight of them, all easily covered, and half my friends disapprove while the others think they're great. Personally, I find tattoos addictive. As soon as we're fully out of lockdown I have at least three more planned. They'll all be fairly small, though - I have a back piece which took four and a half hours and I refuse to do that again. 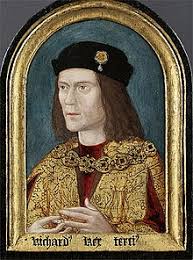 I am a closet Ricardian and have also always been fascinated by Henry VIII. I recently read a book about the possibility of Henry having a Kell positive blood type, which would explain his own illnesses and his inability to father living children - a great theory, even though we'll never be able to test it.

Then we have my favourite music.

I love rock, particularly The Darkness and Queen. I'm deeply missing being able to see live music at the moment, but then aren't we all? These two bands in particular have a great way of filling the stage and exciting the crowd, which may sound obvious but the extremely dull Motley Crue gig I once went to would suggest it isn't.

And last of all - horror films.

I subscribe to the streaming service Shudder which is full of great horror films and, needless to say, has been very helpful during lockdown. If you like horror at all I strongly recommend it. Just having the three "Hell House LLC" films has made it worth the subscription in my book.

So what do you never get tired of talking about?