My favourite memory and why

This topic from Long and Short Reviews got me thinking. I honestly had no idea what my favourite memory would be - it's not something I think about. In the end, I came up with one which is likely to seem very obvious. 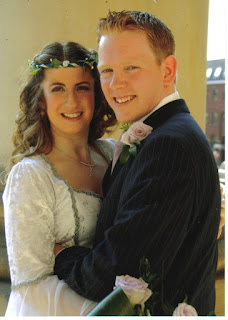 We got married at the local registry office in a family-only ceremony, walked down through town to a restaurant for the wedding breakfast and then had a larger reception in the evening at a hotel.

That was thirteen years ago in April, a surprisingly warm and bright day in which everybody got along famously, nobody turned up late and everyone had a good time.

And I got to dress like a medieval princess. You can't lose.

So what's your favourite memory?
Posted by Tanith Davenport at 22:21 1 comment:

Types of exercise I enjoy

When this topic from Long and Short Reviews came up I could hear my husband laughing hysterically. I am not a person who exercises and never have been. So my favourite type of exercise?

My husband and I like to go for long walks around the area. Yorkshire is known for its beautiful scenery and wildlife, so we'll go out walking and take photos everywhere. 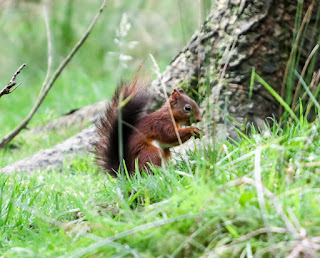 This was taken at Snaizeholme up in the Yorkshire Dales. It took some getting to, but the red squirrels come right up to you to eat. 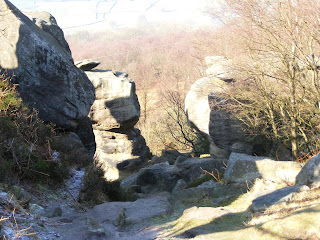 This was at Brimham Rocks, a beautiful natural area. 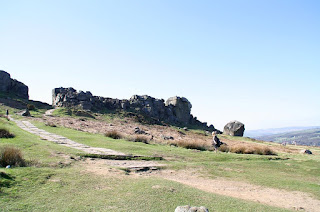 And this was up on Ilkley Moor. Again a bit of a hike, but worth it.

So what types of exercise do you enjoy?
Posted by Tanith Davenport at 22:19 21 comments:

This topic from Long and Short Reviews was a surprisingly tricky one. I read voraciously, but don't always have time to re-read even if I want to. However, when checking my Kindle, I did find a few that I faithfully re-read because they never, ever get old.

Royal Blood - Bertram Fields. This book is what made me a Ricardian, and it's always fascinating to dip back into it and remind myself why Richard III interested me so much.

This Is Going To Hurt - Adam Kay. This book and its sequel "Twas The Nightshift Before Christmas" are an absolutely hilarious take on being a junior doctor. How that man managed to keep a straight face through some of these incidents is beyond me.

So what do you re-read or want to re-read?
Posted by Tanith Davenport at 22:24 19 comments: 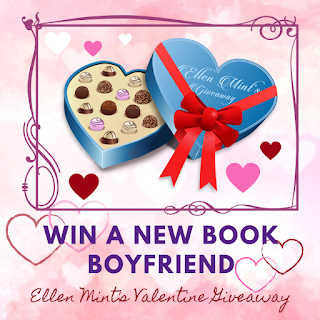 Goodies Given Away Every Day Totalling $100

Cupid‘s brought you a magical box of chocolates. Every day, the heart-shaped box reveals a new treat. Take a bite to discover both what flavor is lurking inside the tempting chocolate shell and a new giveaway.

The giveaway is sponsored by these wonderful authors: 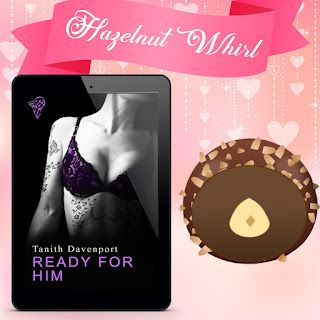 Visit today to win a free ecopy of "Ready for Him"!

In the bar at the Bellagio in Las Vegas, Jade Bleecker celebrates with her three best friends, all of whom are there to get married - Jade is their bridesmaid, and beginning to believe that three times a bridesmaid really does mean never a bride. Tattooed, pierced and a martial artist, Jade is used to inspiring fear rather than desire in men, and even if she did find one who could handle her - well, no man is worth trusting with her body.

This topic from Long and Short Reviews was tougher than I expected, because it's been a few years since I've crushed on a celebrity. Having said that, I can remember a few from my past who probably aren't to everyone's taste.

John Barrowman. Yes, I know he's gay, but I could never resist him as Captain Jack and I love a man with a good singing voice.

Gene Wilder and Alan Rickman. I put these two together because they were my Holy Grails as an autograph collector (I got them both, but it took a lot of effort). I could watch Gene and Alan in literally anything and would enjoy myself, although I will never forget Willy Wonka.

Alan Davies. I initially discovered Alan Davies in Jonathan Creek, but found I liked him even better as a comedian, particularly on QI.

Daniel Radcliffe. I'm not a lover of his beard, but I find him irresistible in almost everything he's been in after Harry Potter.

So who are your celebrity crushes?
Posted by Tanith Davenport at 22:19 22 comments:

This topic from Long and Short Reviews was an interesting one. I don't tend to pay a lot of attention to couples in books, films or TV shows. However, when I thought about it, I did remember some which I had always liked, although whether anyone would agree with me is open to question.

The Amber Spyglass - Baruch and Balthamos. A pair of male angels from His Dark Materials who are a perfectly imperfect couple, balancing Baruch's tender nature with Balthamos's sarcasm.

The Conjuring - Ed and Lorraine Warren. Portrayed by Patrick Wilson and Vera Farmiga, these created a loving relationship that I completely bought into throughout the film as they used their individual skills to hunt ghosts.

Star Trek: Voyager - Seven of Nine and Chakotay. This only cropped up near the end of the series, but it was lovely to watch former Borg Seven of Nine in her first relationship.

And I couldn't finish without mentioning Azure and Liam Wilder from my novel Photograph. Despite their twenty-year age gap these two are perfect for each other in every way.

So who are your favourite book, TV and film couples?
Posted by Tanith Davenport at 22:52 22 comments:

This topic from Long and Short Reviews was tricky at first, because none of my goals for 2020 involved trying a new hobby. However, in the last day or two I came up with something I do intend to try.

As a rule, I don't cook - I heat. Nearly everything I eat comes out of a box. I have been known to burn water. However, my local supermarket has stopped selling the stuffed peppers I really liked, so I've been looking online for recipes and have decided to try making some.

Which led to me deciding to try one new recipe a month.

How well this will go is open to question, but I'm planning to stick to things I think I can actually do - there will be no sign-ups for the Great British Bake Off in this house. I am considering buying an ice-cream maker though, if I can convince myself it won't go like the rice cooker and end up sitting in a box under the sink for years.

So what hobbies are you working on?
Posted by Tanith Davenport at 22:24 24 comments: